International conference calls are like health checkups – you set one up not too far in the future, never quite look forward to it (maybe even dread it) when it comes, but know you’ve got to get through it to resolve some issues. Once it’s over, you either feel assured that things are ok, or panic at the crap that’s about to hit the fan. Either way there’s always some action to be taken, and you start counting the days to the next appointment, hoping the situation would improve by the time it comes around.

But – it’s part of the business. Probably a little tougher for a studio based in Singapore who needs to speak with partners from Toronto, Vancouver, LA, Paris and London, to name a few far flung places. The calls are often at a time too early to be thinking about anything serious or too late to be thinking about getting cartoons made instead of just watching them.

Still, it’s always nice to hear a voice and maybe share a laugh (provided no impending disaster is apparent), especially with people whom you’ve gotten disturbingly close to attaching an emoticon to the name.

What’s annoying though are the pregnant pauses, when both sides are waiting for a response and invariably start to speak at the same time, in which case it reverts back to silence as each party, out of courtesy, waits for the other to party to continue.

I’m guessing that’s not a problem at Dreamworks Animation, judging from their modest video conferencing system in their studio over at Glendale, California: 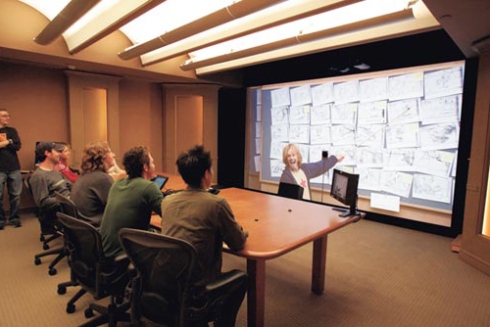 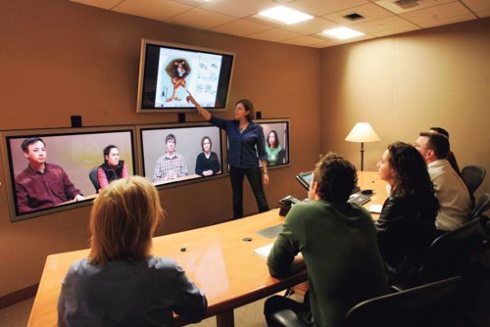 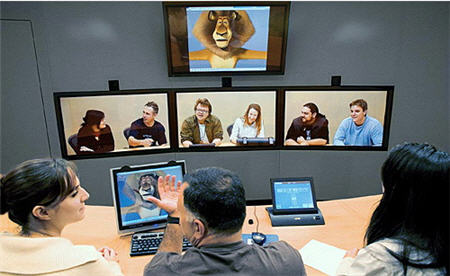 One response to “Calling Time”