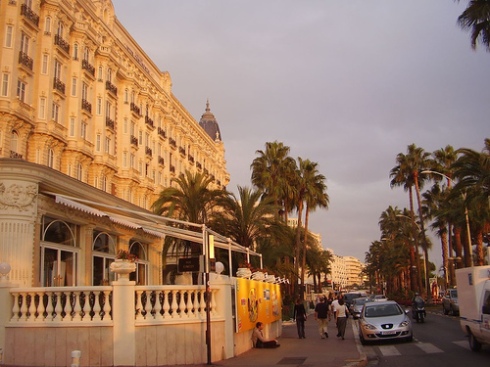 I’m going to give MIP Junior that took place the weekend before MIPCOM a quick pass. Suffice to say, it’s essentially two days of conferences focused on kids content and programming. But, as with MIPCOM, if you are present at most of these conferences you’re not really getting what the whole thing is about – meetings. That said, it’s far more prevalent for buyers and actual programme sellers to register for the event as a huge part of MIP Jr are the day-long screenings that goes on over the weekend.

If you’re mainly a producer (like Scrawl) or have distributors already looking after sales of your shows, it’s more common to skip the event ‘officially’ i.e. not spend the €1,990 + tax for registration (although it does come with a MIPCOM badge as well) but be in the premises anyway for meetings.

Yes, we’re the leeches that sprawl the lobby of the Carlton hotel, usually standing there fiddling with our mobile phones, looking around exasperatedly for people, pitching on the steps of the hotel, and generally just getting into people’s way. But – it’s been like that for years, so no shame there whatsoever. At least it makes the whole thing look busier and sprightlier.

However, the Carlton management clearly has other ideas in mind this year, closing off the al fresco café – usually the default place for ‘unofficial MIP Jr meetings’, hence apparently weeding out the non-registered ‘patrons’.

And so it was a scramble to and fro the nearby cafes (where water is more expensive than beer in Singapore) and jostling for those beat up but pretty blue chairs along the Boulevard de la Croisette just so we could have another quick-fire meeting with that executive who has only 15 minutes.

It’s not ideal, but it certainly offers a strenuous warm up for the coming few days. In fact Mip Jr often feels more hectic just because you’re always trying to find a spot to talk, which eats away at those precious minutes. Not kidding – it’ll drive you nuts sometimes. 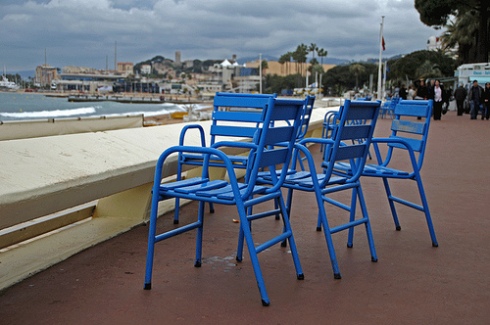 So – should you fly in early to attend MIP Jr next year? Well, chances are you’ll be staying at an apartment that charges a flat rate for the week anyway (which usually starts the day you arrive), so it’s definitely worth it to squeeze in MIP Jr and another 10-20 meetings for the trip. Remember, you didn’t fly all this way and spend all that green to sightsee, even if it’s Cannes.

This entry was posted on Sunday, October 11th, 2009 at 6:38 pm and posted in Uncategorized. You can follow any responses to this entry through the RSS 2.0 feed.
« MIPCOM Wrap
MIPCOM Wrap III »