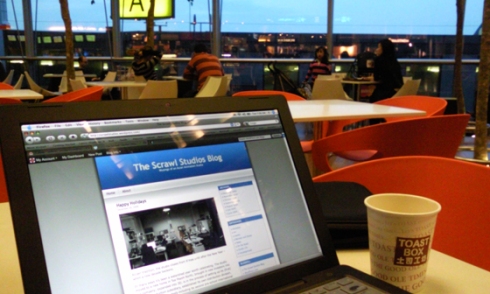 Unbelievable. Last week of the year and I’m off again, this time to Guangzhou on an invite for the opening of a brand new studio (sort of) and to attend the China International Animation Copyright Fair. Couldn’t get a flight back on the 31st – that means it’s going to be an unpredictable New Year’s Eve in Canton.

I’ve been told WordPress is banned in China, so this is apparently my last post of the year. Here’s hoping everyone gets royally smashed as we usher in 2010.

Ervin signing off from T3 @ Changi.

As per tradition, the studio closes from X’mas until after the New Year – when a new decade beckons.

In many ways it’s been a watershed year worth celebrating. The studio moved to a new home in Toa Payoh North; brought in new investors into the company; expanded into 3D; is in the process of setting up its (first) overseas production subsidiary, established its own distribution division, closed several notable deals including its second pre-school international co-production and first boys action show, and by January next year will be pushing 40 staff in-house with more trickling in.

Last month we even caught a rat that’s been terrorizing the premises for weeks. Animal lovers fear not – the rodent was released safely back into nature to fend for itself (although I’m not sure if it was the best course of action, rats being technically pests).

When work starts on January 4th, 2009 would be more or less a memory. An insane but exciting 2010 awaits.

For this intrepid poster, there’s (unbelievably) one more business trip to make before the curtain falls on 2009. More on that in the next post. 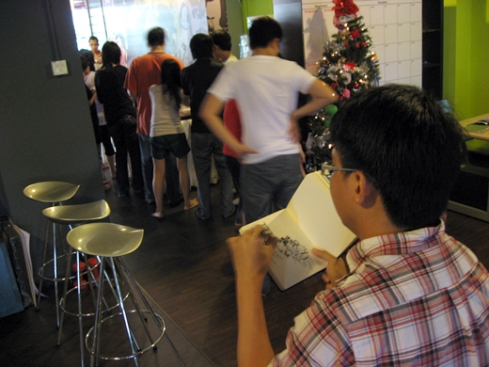 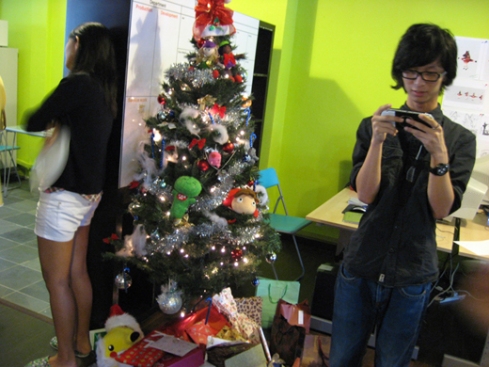 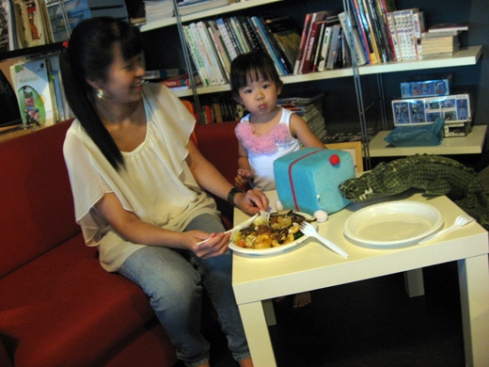 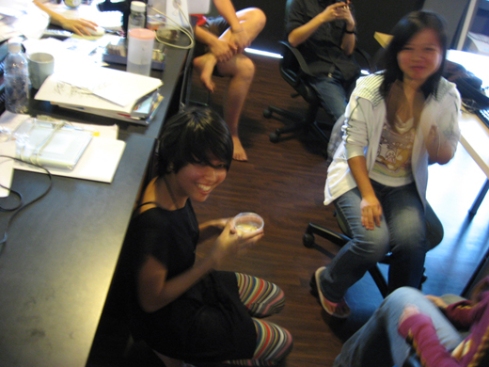 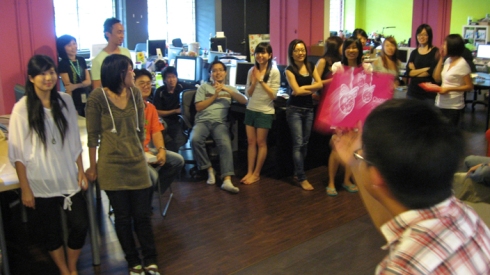 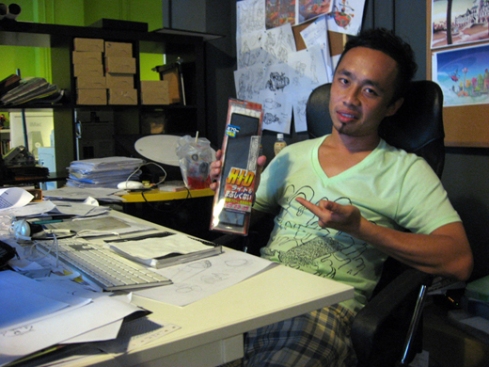 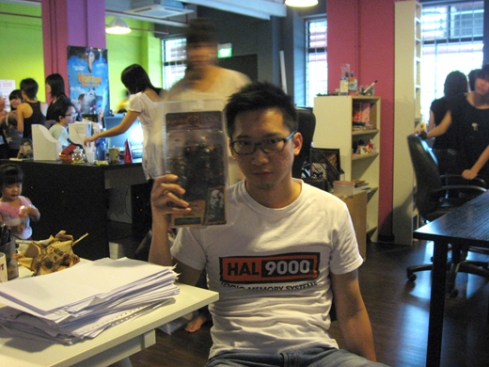 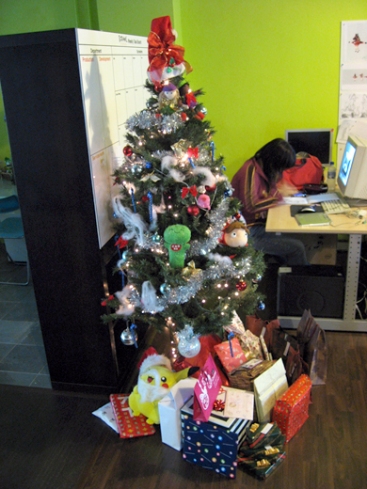 While I can’t discuss the details of the latest boys title we’re currently in pre-production on for a major client, I thought I’ll post some concept art from another show we’re currently developing (albeit at glacier-like speed) that inspired some of the aesthetics of the client project.

This one’s developing rather slowly, unfortunately. Part of it is due to a previous Korean partner who decided to opt out, but also just down to the lack of time to devote to developing a boys action show (that presumably would have toy potential), which is a rather massive undertaking and significantly different from the 6-12 demo comedies which we’ve done more of. But it’s definitely in the development pipeline for 2010/11.

Not that comedies are easier to develop. In many ways they’re harder, just because the sensibility is often quite specific to markets, and usually it’s down to the skill of the writer coupled with an easily understood high concept. For US / Europe, it’s practically mandatory to find a proven, western writer for comedies – usually someone the buyers are comfortable with.

Boys action is a genre where Asian creations have had a stronger track record in terms of breaking into the international market. Shows could even become a hit in Asia first, before being packaged for the west, as several anime titles have proven. Many shows created in the West also tend to replicate some of the classic action anime and its formula – boy finds powerful artifact / technology / vehicle; boy transforms into all-powerful hero / boy solves all problems with powerful artifact / technology / vehicle. Throw in the customary cool transformation sequences, girl character who counterpoints the lead, and one-sided villains bent on world domination and you’ve got the perfect Saturday morning cartoon for boys. With a bit of luck, it could even sell some toys along the way.

I’m generalising so far, but along with comedies, boys action is probably the next evergreen genre that will always be in demand, just because it’s such a digestible form of wish-fulfillment. Girls however, tend to graduate to Twilight for their own wish-fulfillment needs. 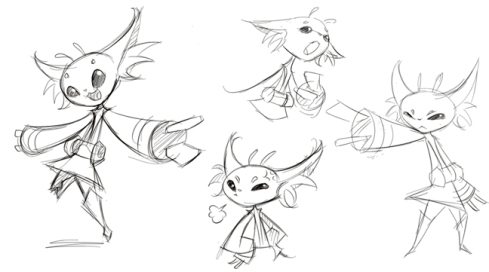 All artwork are copyright of Scrawl Studios.

Rick and Vishnu visits the studio during Asia TV Forum.

The last market of the year, The Asia Television Forum feels a bit like the youngest child of the family crying out for attention at a time when most people are making their holiday plans.

Into its 10th year, the ATF is a television-centric content market that generally attracts Asian buyers (although the same buyers presumably attend other larger scale markets like MIPCOM).

Taking place at Sunny Singapore over last Wed-Fri – actually it tends to be pretty gloomy and wet, as December is typically soaked by the monsoon season – the ATF has been based at the Suntec Convention centre since it moved from the hotel room-format to its current booth format last year.

That of course means more room for towering booth designs. Malaysia easily takes centre stage this year, with its two-storey, pent-house style pavilion.  Other booths tend to be more conservative, as though reflecting what little budget’s left for the year for another market.

For Scrawl, who does a bit of business in Asia, it’s a chance to meet a few more buyers, makes some more sales pitches, offer season’s greetings and basically wrap up another year that flew by.

It’s a busier 3 days for Jeong, who looks after sales and distribution, than it is for me, I must admit. I hardly made a pitch, although I did take a few from other producers looking for partners.

All in all, it’s a fairly manageable 3 days. Foot traffic’s pretty light at the market and it’s desperately lacking the buzz and energy of say, MIPCOM or Kidscreen. It’s worth making a trip to the ATF only if you have shows to sell into Asia. It’s not quite the place for development meetings or pitches, as those executives rarely attend.

Obviously, being a Singapore studio we try to represent by having a presence at ATF. Being held on home ground (so to speak), there’s a more relaxed feel to the proceedings, from our standpoint. I only wished more of our partners have attended. Would have been fun to take them out on a night in town. That said, it was pretty slow at the market and perhaps they didn’t miss much (except for some partying).

I can see the market becoming busier in the coming years, as the Asian content market continues to develop. This provided it staves off competition from other regional markets like BCCW (Seoul) and TIFFCOM (Tokyo).

Can’t believe it’s been another year. Can’t believe even more that the next market is barely 2 months away in freezing New York.

Instinctively, Choon Meng prepares himself for a congratulatory slap from the Acting Minister.

Scrawlers show that they don’t just create strong characters – they BECOME them.

Jeong is in waaaay too many of these party pics.