I never checked, but I assume that the Kidscreen organisers had no choice but to book this year’s summit on the same week as Chinese New Year. Frankly it was a shocker when we found out we’d have to at least miss Reunion Dinner to go to this one. In the end Choon Meng left early to make it back before CNY, but I decided to stay till Saturday. It’s heck of a trip, so I thought I’ll make it count.

The great thing about Kidscreen, besides the fact that it’s in New York, is that there aren’t all the distractions of a general TV market that is MIPTV or MIPCOM. This one’s all about kids content, hence it’s very focused. Over the last 3-5 years it’s become an important event on the kids calendar, so much so that many choose to attend Kidscreen rather than MIPTV which happens soon after.

It’s also the definitive kids content event for North America and Western Europe. The who’s who are all here. If you’re after these markets (which tend to go together), than it’s a must-attend.

Interestingly, Kidscreen Summit isn’t actually a market. It’s more of a conference that has evolved into a hybrid. The talks and seminars are usually insightful with ample contributions from the major broadcasters, while the key execs are often present so naturally they’re in huge demand for meetings and pitches. Indeed, a good 3-days here could arguably render MIPTV unnecessary, although that would probably mean packing the schedule with meetings and missing some of the conference stuff, which would be a shame.

I scheduled the necessary meetings while liberally setting aside time for the talks. There were sessions on gender issues among kids by Nickelodeon, insights into the success of properties like Dora and Bakugan, discussions on the international co-production landscape, a look at Pixar’s story techniques and other generally useful talks.

It wasn’t as hectic as the MIPs, although the severe jet lag probably evened things up. Had good meetings with our partners, pitched a couple of new, early concepts to broadcasters, caught up with old friends, and met some very cool folks doing great work. It’s an interesting time for Scrawl as we continue to engage western partners while increasing our presence and involvement in the Asian, particularly Chinese market (which, not surprisingly, is very under-represented at Kidscreen).

Delegates Lounge where tables are as random as awkward look-aways.

New friends at the opening party at Little Airplane Productions

So – it’s a LONG way from Asia but well worth the trip if you’re keen to get the pulse of the North American market and hear directly from the majors on what’s next and what they’re into. A lot are stuff you don’t get at markets like the MIPs, short of the one-on-one meetings, and just a different experience overall from the zoo-like madness of the Cannes markets.

Just be prepared for New York prices and of course, February weather – which means sub-zero temperatures, snow and the occasional blizzard that drops in like an annoying relative. We got one this year on Wednesday – 15 inches of snow overnight. Not quite as bad the one that stranded me overnight back in 2005, but still, pretty harsh stuff.

The upside is that it’s so freaking cold outside everyone stays indoors, so it’s easy to get hold of people. 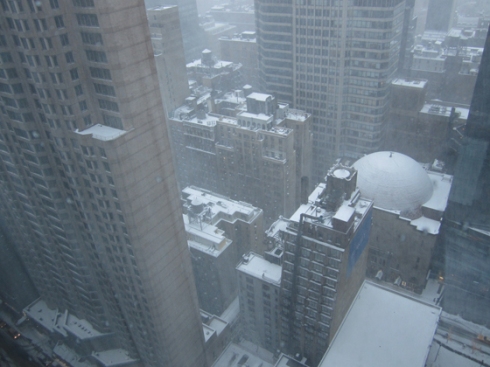 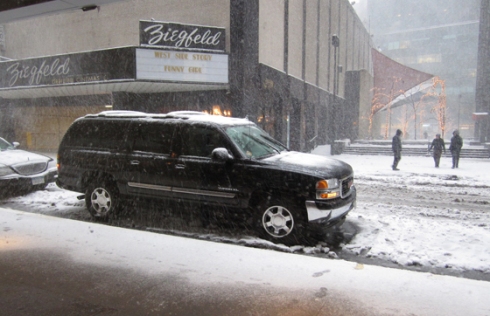 For the undecided, I’ll sum up the pros and cons of flying 20,000 miles (give and take a few thousand – from Asia) for Kidscreen Summit:

While I like to whine about having to come here each year at the worst time possible (weather-wise), it’s still New York City. At the end of the day, when the work’s done and you head on to 7th Avenue towards Broadway and Times Square, even in the freezing cold, it’s always a trip. This time round I managed to squeeze in the musical Wicked (AWESOME!) and a day at the museum – that’s the Museum of Natural History, where T-Rex comes to life at night along with badly scripted comedy. 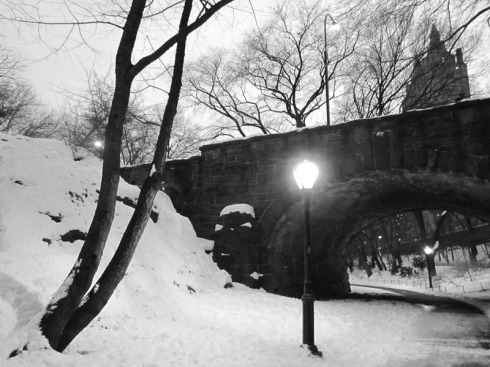 Lastly, regarding the Uniqlo Heat Tech thermals – I suppose they worked, although I had like 4 layers underneath so it’s hard to say…

I’m not a good flyer, mainly because I’m not a sleeper. Anything more than an hour’s proper shut-eye on a 13-hour flight is considered a minor miracle for me. Which is why Kidscreen in New York is always my most dreaded trip of the year. It’s 13 hours to Frankfurt, then a 2-hour transit before another 8-hour flight to New York.  That’s almost 24 hours door-to-door. NOT FUN.

I missed Kidscreen last year (due to reservist), so quite looking forward to the programme this year. One thing won’t change though – it’ll be freezing. Will soon find out if the Uniqlo Heat Tech synthetic thermals actually work.

More updates on Kidscreen next (and the thermals’ performance).